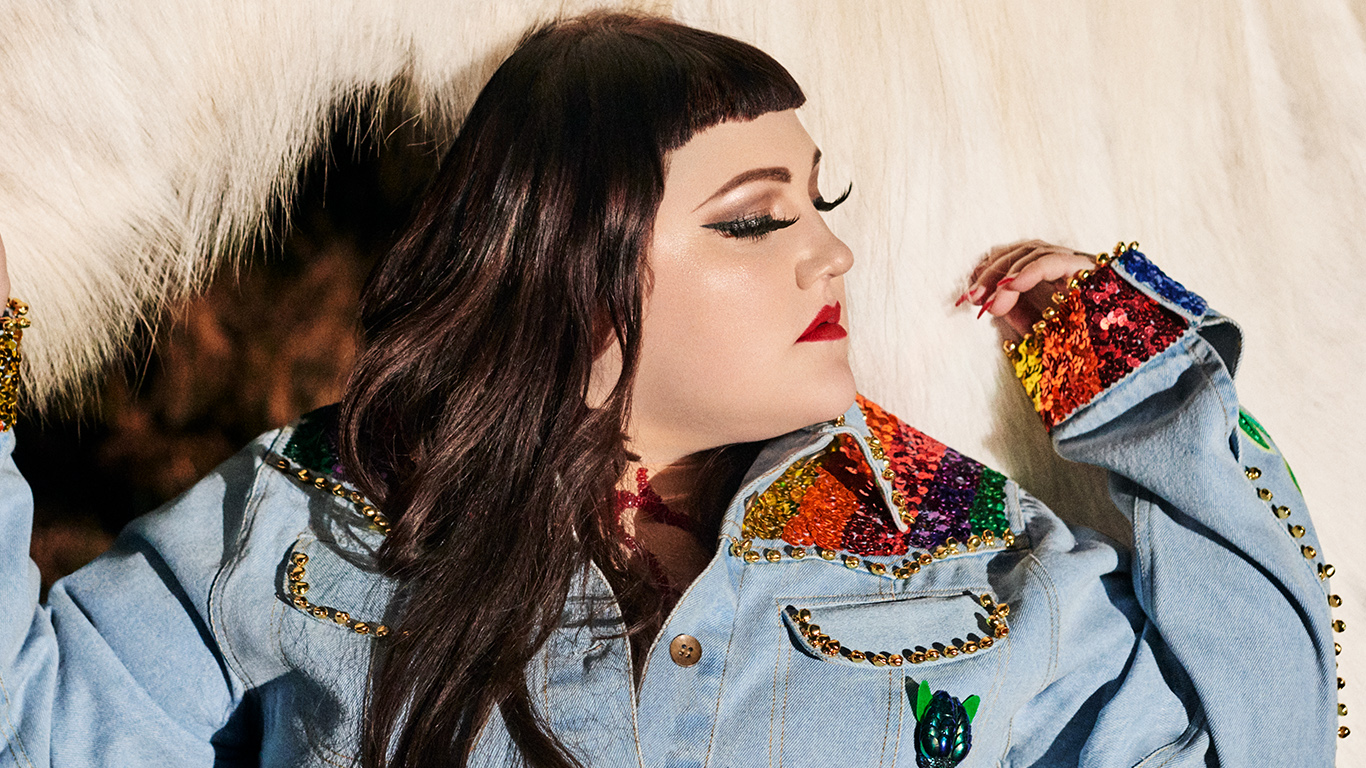 “Fire,” The First Single, Is Out Now

After 17 years of kicking out increasingly dancy garage-punk with the Gossip, Beth Ditto will make her solo debut with Fake Sugar, set for release on June 16 via Virgin Records. “Fire,” the album’s leadoff track and first single, premiered last night as BBC Radio 1’s “Hottest Record in the World.” Listen to “Fire” HERE and purchase the single HERE.

The pre-order for Fake Sugar is underway now at https://bethditto.lnk.to/FakeSugar. Fans who pre-order the digital album will instantly receive “Fire.” See below for the full track listing.

Ditto – who will play sold-out shows in Berlin, Paris and London in April – enlisted Jennifer Decilveo (Andra Day, Ryn Weaver) as her primary collaborator on Fake Sugar. The producer masterfully balanced out Ditto’s punk bias with pop flare and perspective. As Ditto puts it, “She was the rollerblades to my roller skates. We’d argue all day long and I loved it.”

On Fake Sugar, Ditto approaches love, loss, looking back and moving forward with all the sexiness, poignancy, power and beauty befitting such an iconoclastic artist. The album is a mash-up of driving blues, malt-shop pop, swooning rock and countrified soul. “In and Out” is a hip-shaker with a ’50s girl group vibe, “Savoir Faire” pairs a disco stomp with Ditto’s crackling rock vocal and “Go Baby Go” is a tribute to Suicide’s Alan Vega, decked out in black leather, racing down an interstellar aural highway. On “Oh My God,” Ditto’s rawness, quaver and cool split the difference between Tina Turner and Bobbie Gentry.

Ditto was raised in the small Arkansas town of Judsonia. “People ask me where I get my confidence,” she says. “Talk to my mother.” Her mom was superhuman: a nurse who was single and raising eight children. Ditto’s dad was a honky-tonk sound man who, when it was his weekend, would take her to work, hop her up on Black Jack gum and Cherry Coke, and teach her to two-step with her feet on his boots. Ditto lit out of town at age 18 along with her future band mates, and settled in the musical hub of Olympia, Washington.

“I was running away from the bad parts of Southern culture,” recalls Ditto. “I’m old enough now and so grateful for my family that I can finally embrace the good in where I grew up.” The lyrics of Fake Sugar are full of such allusions, from rhymes cribbed from schoolyard handclap games to slang like “Yankee dime” (a kiss).

In addition to releasing six acclaimed albums with the Gossip, Ditto has recorded with such artists as Blondie, disco legend Cerrone and drumstep DJ Netsky, collaborated with Jean Paul Gaultier on her eponymous plus-sized luxury clothing line, modeled for Marc Jacobs and appeared in Tom Ford’s Oscar-nominated film, Nocturnal Animals. She’s also a newlywed, which has given her a fresh perspective on romance that informs several songs on Fake Sugar. “This is adulthood, baby,” she quips. “You fought for marriage equality, now you gotta live in it.”